"Penny Lane" and the addition of Woodwinds/Brass. 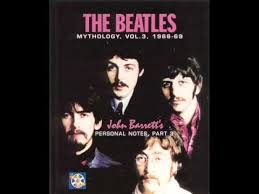 On January 12 1967, The Beatles entered studio 3 at EMI Studios in order to add extra instruments in the creation Paul's "Penny Lane" masterpiece. McCartney decided it would suit the song to have some extra sounds on it and so it was that this afternoon/evening session saw additional outside musicians perform at Studio 3 (the smaller one).
The instruments used for the solo part of the song consisted of having trumpets in the choruses, two oboes and two cor anglais used during the solo gap and at the last chorus as well. A double bass was also added on to the last verse of the song. All of the woodwinds/brass overdubs were added to track 2 of the four track recording.
At the end of the session, the song was mixed for mono and entitled RM8 (remix 8). This includes the overdubs explained above and it is before the Bach trumpet was added days later.
This version of the song can be found on some bootleg CDs including the title "Turn Me On, Dead Man: The John Barrett Tapes".
I've included this mix version from the "youtube" site for your listening pleasure.
https://www.youtube.com/watch?v=8K1EPpHsq0s 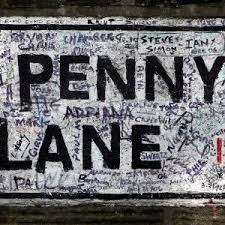 On January 09 1967, The Beatles were in the studio to lay overdubs by flutes, trumpets, piccolos and a flugelhorn for the addition to the "Penny Lane" completed tracks. The main basic track as well as various vocals and instruments played by the band were already in place by this session.
It seems that John Lennon decided to tape a part of the overdub session and occasionally adding some effects to the sound, although the reason for this is unknown.
Hearing it this way shows how The Beach Boys' "God Only Knows" could have been a major influence on "Penny Lane" for McCartney as there are similarities to my ears. Especially the isolation of the piano and the flutes. The musicians are conducted by George Martin in Studio 2 at EMI.
This tape has been bootlegged on vinyl as "Arrive Without Travelling" and later on compact disc as "Arrive Without Aging". The tape is also available on the CD "The Lost Pepperland Reel" and on youtube as demonstrated below for your listening pleasure.
https://www.youtube.com/watch?v=17BmJHUECFU 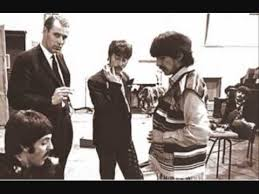 A week after the recording of Take 25, on December 15 1966, The Beatles gathered into EMI Studio 2 in London for more work on the song "Strawberry Fields Forever". This time take 25 ( the heavy strings and cello version) was reduced from four tracks to two tracks. This would leave another two tracks to work on since at this time The Beatles still worked with four track mixing !!
On the third track we hear Lennon's vocals along with the addition of George Harrison playing the decending Svaramandal Indian instrument. There is also a mellotron loop of what sounds like backwards flute at the end of the song where Ringo's mad drumming is during the coda. Acetates of the work in progress were made and given to the members of the band at this session as well.
Probably the best way to hear this amazing take/mono mix is on the bootleg CD "Turn Me On, Dead Man" (the John Barrett tapes). I've added an audio sample of the mix via the youtube site:
https://www.youtube.com/watch?v=hVM0WE5Fis0 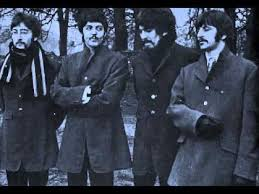 On December 08 1966, it was decided that the song needed to go into another direction - most likely from it's composer's point of view and so a score was written by George Martin for brass and strings. The song was sped up and various percussion instruments added as well by Ringo and the rest of the band. The editing of takes 15 and take 24 were completed on this occasion including the "cranberry sauce" quote used at the end by John who also tells Ringo to "calm down" on the drums.
Some of this recording can be heard on the commercial Apple 2-CD/3-LP "Anthology 2" set. I've included the take 25 link as well.
https://www.youtube.com/watch?v=QacJBCcf1Kg