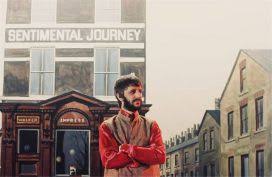 During the month of February 1970, both Paul and Ringo had been busy working on their respective Apple solo LPs and in fact, at one point they both used the same recording studio although not at the same time. Morgan Studios in London was used by Paul at first and he have recommended the studio to Ringo at some point at the next Ringo session for the "Sentimental Journey" LP was completed there on March 05 1970.
The two songs recorded and completed (incredibly) in one day, were "Whispering Grass (Don't Tell The Trees)" which was arranged by Ron Goodwin and "Bye Bye Blackbird" which was arranged by non other than Maurice Gibb.
The entire backing session took around three hours to complete with both songs using the same orchestra for the session. Rong Goodwin was first up and conducted the 36 piece orchestra for "Whispering Grass" and once that was perfected, Maurice Gibb stepped up and conducted the orchestra for "Bye Bye Blackbird" adding some banjo and brass.
Next up were Ringo's vocals which he overdubbed onto the backing being double tracked in various places on the song "Bye Bye Blackbird".
The next day (March 06 1970) both songs were mixed in stereo at EMI/Abbey Road Studios with George Martin producing. The songs were eventually released on the Apple LP/CD "Sentimental Journey". 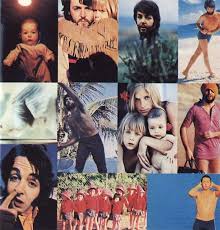 The final instrumental piece and the final song on the "McCartney" solo Apple LP/CD is a tune/improv/drums experiment entitled "Kreen-Akrore". The song and title were inspired by a UK ATV television show on a tribe from the Brazilian jungle known for their defense of their territory  - the Kreen-Akrore Indians. The show's title was "The Tribe That Hides From Man".
The song was recorded at Morgan Studios probably between February 18 and 20 1970 ( the television show aried on the evening of February 17). The song was recorded in two parts: the first part including drums and the addition of organ, piano, guitars, bass as well as their vocals being speeded up to imitate animal sounds as well as hitting the back of a guitar to create that stampede sound. The second part of the song was recorded with more drums and also the addition of vocals, organ and guitar, bass and Paul's heavy breathing. The stereo mix was probably completed around the same time as the completion of the recording on February 20 1970.
It's an interesting experiment but not the best instrumental of the LP. The song has never been performed live as far as I know and can only be found on the "McCartney" album.